Happy May Day comrades. Another month has passed I see, with absolutely zippo achieved wargaming wise. There haven't even been many games played; the last action was my ultimately futile dash across the bridge for the village in the game specially designed to show off James' new pontoon train. And that, dear readers, is why I've had to pad out the blog with all sorts of other irrelevant stuff, as I shall now proceed to do again. 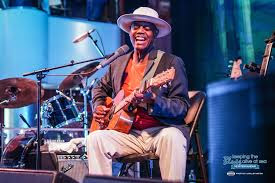 I have been to a number of things which have not yet made there way into these pages. Musically, many of the acts I had both seen and written about before (e.g. Feast of Fiddles, the Jar Family, the Ale Marys) but Eric Bibb was new to me. He was rather good as befits a multi award winning artiste, although my abiding memory is actually of his drummer who was simply excellent. I wasn't entirely surprised to find that he had played in Nina Simone's band for many years.

In terms of theatre I think I mentioned in passing a trip to see 'Journey's End', a fine play very well performed. As a commentary on both the reality and the futility of the Great War it is head and shoulders above the lame 'Birdsong' which I saw a few weeks ago; but of course R.C. Sherriff was actually there. I also saw 'If I Say Jump', an amusing and entertaining though completely unbelievable piece about a vicar and a handgun. Speaking of the theatre I continue to research Salomé in the hope of understanding why I don't appear to like it. One fact that I gleaned from the opera programme is that the original German premiere of Wilde's play was as a double bill with 'The Importance of Being Earnest'; a juxtaposition which even allowing for the renowned cultural difference in sense of humour seems a tad odd.

Now to really scrape the barrel, I'm going to blog about the blog itself. The lack of walking reports has been commented on, the implication apparently being that I am a fair weather walker who is hiding from the cold and rain. That is in a very real sense a fair cop, but, as it happens, on top of that I have a problem with one of my toes; the big one on the right foot to be precise. Although minor in itself it is precluding me from walking long distances. Sadly, there will be a hiatus in the popular photographic series 'bridges of the Yorkshire dales'; apologies for that.

When James passed a million hits on his blog he said that his biggest audiences came from the UK and the US almost equally. This prompted me to look at mine and I find that apparently more than half of all the hits (which I can confirm still fall significantly short of a million) have come from France. Bonjour mes amis et bienvenus. While I was at it I also checked on the search terms used to find the blog. 'Gay porn' has sadly disappeared from the top ten, but a notable newcomer is 'fascinating stuff'; having read this far down it will be no surprise at all to you that Google sent them straight here. The most frequent search term directed to the blog is 'Epictetus', and one can only assume that there are an awful lot of disappointed and bemused seekers after enlightenment out there.