As befits a wargaming blog, no wargaming has equalled no posts. Reasons for not gaming have been various, but this week appear to have been related to a Brigadoon-like canal, which is sometimes there and sometimes isn't. I can't paint either because, whilst my balance problems have largely abated, the remnants make close focus work inadvisable. An ideal time therefore to design some scenarios, knock a few rules into shape (e.g. the hex-based version of Pax Romana) or perhaps even just tidy up the annexe (the mice having ceased to be, I am pleased to say). But no, instead I have been gadding about. I have been to the Nero exhibition currently on at the British Museum, which poses the question: "Was he a young, inexperienced ruler trying his best in a divided society, or the merciless, matricidal megalomaniac history has painted him to be?". I think we all know the answer to that, although the exhibition stressed that he was very popular until he, well, wasn't. I came away conscious that pretty much my entire 'knowledge' of the period comes from watching 'I, Claudius'. Anyway, it's well worth visiting, especially for the Boudiccan revolt section. A bit of rank bad planning meant that I was there the day before the Hokusai exhibition opened, but one could now combine the two. 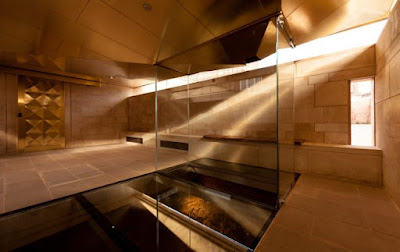 I also found myself in Leicester, and took the opportunity to go to the Richard III Visitor Centre, which I thought was very well done. The ground floor is given over to concisely explaining the Wars of the Roses, with major figures projected onto the walls and telling us their side of the story. It's a complicated subject, and the museum hasn't got a great deal of space, but they have a reasonable and balanced stab. It's not their fault that pretty much everyone is either called Edward or Richard. The first floor recounts the story of the search, the find and the scientific analysis required to establish that it was indeed him. It's a fascinating story, well told and again worth a visit. One's trip round culminates, as it should, standing by the hole in the car park itself, or more accurately the hole which used to be in the car park. 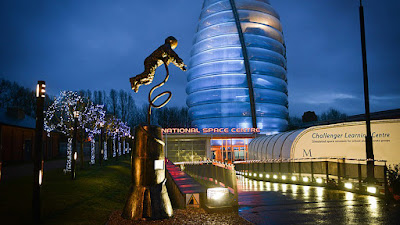 Yet more bad planning meant that I didn't manage to visit the tomb in the cathedral - it was shut - but while I was in the city I also went to the National Space Centre. It's not Cape Canaveral, but nonetheless was a worthwhile way to spend a morning. It's full of rockets, spacecraft, artefacts etc with plenty of informative and hands-on displays. Visiting the planetarium wasn't perhaps all that advisable for someone suffering from vertigo, but I closed my eyes and it all went away. My companion for the trip crashed in her attempt to land the lunar module, but as I had experienced her driving I wasn't entirely surprised. One of the most entertaining aspects for me was the timeline of the space age (which is almost entirely congruent with my own lifetime) which included many non space-related events, both significant and ephemeral, none of which seem to have happened in the order that I would have said that they did. Memory is a funny old thing.