Lack of wargaming here has been compounded by quite a lot of people that I know going down with Covid plus a large house being rendered totally uninhabitable by a water leak. I haven't been ill and it's not my house - although it used to be - but the knock-on effects have kept me away from my duties as a bloggist. I haven't however been kept away from the opera, and as it's World Opera Day I am minded to catalogue those that I have seen. 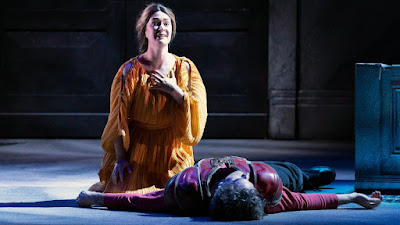 The plot of English Touring Opera's 'Amidigi di Gaula' by Handel is a love triangle with added sorceress and knitting. At a key moment our hero shows his friend a picture of the woman he loves, only for the friend to realise that they both love the same person. This trope seemed very familiar and I spent quite some time trying to recollect which other piece of high culture I had seen it in before. I eventually came to the conclusion that I had been thinking of the Laurel and Hardy film about the French Foreign Legion (the name of which escapes me for the moment), in which everyone has joined up to escape a broken heart and are found to  all be carrying a photograph of the same woman. I can't remember whether as many of them end up dead as was the case here. 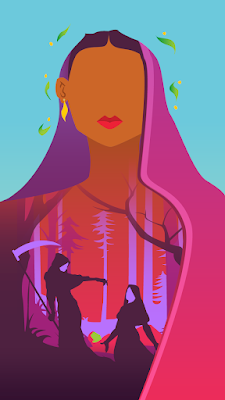 Death often features in opera, but not usually to the extent of Holst's Savitri where he appears as a character in his own right. In Northern Opera Group's production he comes in through a side entrance and stalks slowly and menacingly through the audience before reaching the stage, being implausibly tricked out of his victim and exiting stage right still singing. I preferred that to the other Holst one-act opera it was coupled with, 'The Boar's Head'. The basis for this was all the Falstaff pub scenes in Shakespeare's Henry VI plays taken out of context and rammed together. I think I'm reasonably au fait with those, but I still couldn't work out what was going on. And for some reason the fact the staging featured a door but no walls irritated me enormously. 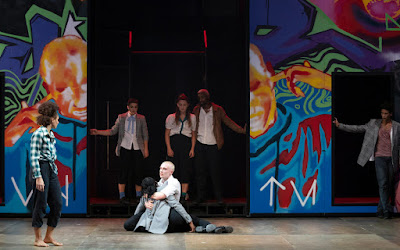 Back to death on the stage, although this time in a ballet. Opera North's Bernstein double bill included his opera 'Trouble in Tahiti' coupled with 'West Side Story Symphonic Dances'. In the former no one dies (although perhaps it's true to say that love does), but in the latter, well we all know the story. According to the programme the choreography reflects life in South Africa under apartheid, but it looked like the same old street gangs to me; I enjoyed it anyway.