"Ignorance gives one a large range of probabilities." - George Eliot

I've been doing August stuff, including a trip here: 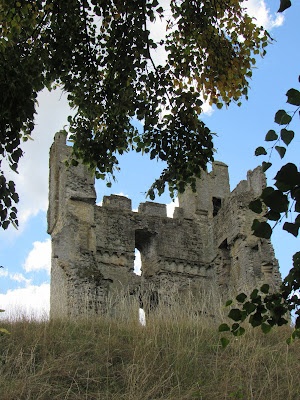 But there has been some wargaming in the background. We had a somewhat bizarre game of To the Strongest!, with some very lopsided luck, which was clearly just that - luck - and not something inherent in the rules. Soldiers of Napoleon, however is a different matter.

I am definitely cooling on this game and considering that I started off lukewarm that is not exactly a ringing endorsement. Part of the problem undoubtedly stems from the fact that it is not designed as a multi-player game, but there are four of us. We seem to have ended up playing the author's suggested approach, which is basically two games side by side. It's crap (*). We seem to be sacrificing much of the pleasure of social interaction - which is for me at least a big part of why I do this in the first place - for the sake of the purity of the rules. It all seems a bit arse about face to me.

My main problem though is with the flawed arithmetic implicit in the rules. James recently passed me a copy of WRG 6th edition so that I could look at the siege rules. The writers of these appear, to me at least, to have attempted to achieve 'realism' and bugger the playability. Thankfully authors of more modern games tend to do it the other way round, concentrating on finding mechanisms that are easy to use and which move things along smoothly. I play a lot of boardgames and in that sphere one need do no more; it's usually all abstract anyway. When wargaming though one needs/wants to add chrome to make it a reasonable facsimile of what one imagines the historical period was like. Authors don't always seem to me to be able to manage the interface between their neat, simple mechanisms and the chrome. I previously wrote about some nonsensical effects of this in Blitzkrieg Commander 4.

One example from SoN relates to skirmish fire. Now skirmish fire is hard to get right in a set of rules. We tried any number of ways with Piquet and never produced anything particularly worthwhile. The version we ended up with had the sole merit that it sometimes allowed French columns to close with British lines. In SoN units can throw out their light company which then appear as two skirmish stands . You can then fire these with a dice per stand at a longer range than volley fire. If you fire at another unit which also has its light company out then you lose a dice. So far so good. Standard units hit on 4,5,6 and save on 4,5,6, so two units skirmishing against each other would both have an expected value of damage caused of 0.25 disruptions (the term for damage caused in SoN) each time they fire. It's not very effective, but worth doing because units with no disruptions get a bonus in combat.

Some units, for example those of the British Light Division, qualify for a third skirmish stand. This seems reasonable; specialist troops get a 50% bonus. In practice of course it means they get two dice when firing at a line unit with skirmishers, so that's actually a 100% bonus. And this is where another rule comes into play. One can only save the first hit caused, so the ability to cause two hits is very powerful. I'll let you do the arithmetic for yourself, but it turns the expected hits of these units against a standard unit to 0.625, i.e. a 150% increase. What makes it worse is that these units also tend to be elite (not the term used in the rules) and can both hit and save on 3,4,5,6. If we consider our match up of one of these units versus a standard unit, both with skirmishers out, we find the standard unit's expected hit has dropped to 0.167, while the specialists' has increased to 0.889. Were these units really five times better? It seems unlikely to me.

Add in other facets of the rules, in particular the ability to concentrate of multiple units' fire on one target, and you end up with a game that is dominated by the skirmish fire of certain formations - I'm looking at you again Light Division -  and frankly isn't that much fun.

* And, incidentally, quite a lot worse than our own quickly cobbled together approach which we tried first.

Email ThisBlogThis!Share to TwitterShare to FacebookShare to Pinterest
Labels: Blitzkrieg Commander, quotations, SoN, To the Strongest!