I have known quite a number of MPs over the years; for obvious reasons most of them Labour. In fact the only past or present Tory MP that I think I have ever spoken to is former cabinet minister Jim Prior with whom I had dinner in Abu Dhabi some twenty years ago. The reason behind our separate visits has recently returned with a vengeance, indeed there was an extremely inaccurate article about the whole affair in the Guardian last week. Pretty much everything they wrote was wrong, except for the inescapable fact that innocent civilians are being killed by British made weapons.

Anyway, I digress. I was going to write about the fact that I have liked a great many Labour MPs as people; you will recall that I have previously mentioned a couple that I didn't care much for. I knew Ruth Cadbury, newly elected in Brentford & Isleworth, many years ago and I'm sure she'll be a fine MP. The late Alan Keen, MP for Feltham & Heston, was a warm. personable man and I liked him more each time that I met him. Martin Salter, MP for Reading West until he stood down in 2010, is somewhat of a hero of mine and was one of the few who came out of the expenses episode looking better than before. And Neil Kinnock was every bit as gregarious and good company as you would imagine. 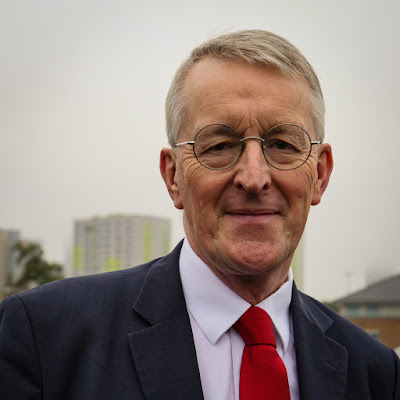 But, the politician for whom I had the most time by far after meeting them in person is man-of-the-moment Hilary Benn. Now clearly he and I take a different view on the issue being debated yesterday, but that doesn't alter my high opinion of him. All politicians are self-selected to be comfortable dealing with people, but I think we all know that much of the interaction is false and superficial. I always found Mr Benn genuine in his concern for the problems and well-being of others and, a rare trait this, keen to hear what they had to say and learn from their experience, rather than assuming - as so many senior figures in both politics and business do - that he knew the answers already. In my own case this was most pronounced during the horse meat scandal (as well as being a merchant of death my varied career has seen me as Head of UK Finance for a major global food company) when he sought out my opinions and asked very pertinent questions in what was clearly a serious effort to understand the realities of the logistics of the industry. Any elephants among my readers will recall that I have already blogged on this subject and so I am also happy to report that when I quoted Marx at him, he didn't make the sign of the cross and run away, but instead noted down the reference and, I am fairly sure, went and looked it up afterwards.

So, Hilary Benn is a lovely and engaging chap, but before you start thinking he's somehow too saintly to cut it as a politician let me point out that he was also responsible for the most outrageous and blatant stitch-up that I have seen in four decades of internal Labour Party politics. And that, believe you me, is some achievement.
Posted by Epictetus at 11:59