A number of readers have been kind enough to post appreciative comments on the blog, for which I am very grateful. The reality is that I write entirely for my own benefit. Like many others I am prone to depression and find the creative element of blog writing to be a useful tool in managing my mental health. Hence the self-indulgence of choice of topic and varying degree of seriousness with which they are dealt. There are also periods when inspiration doesn't strike very often. Cyril Connolly famously said that the enemy of good art was the pram in the hall. Overlooking the fact that this isn't art of any quality I am, of course, too old for such concerns. Maybe in my case it is the love of a good woman that causes the problem. Or perhaps the occasional company of several bad women. There are only so many hours in the day. 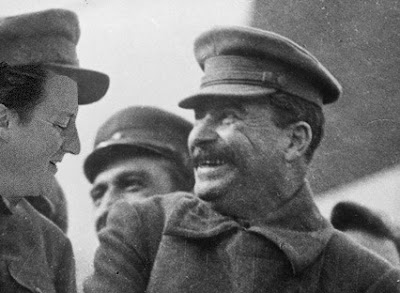 Anyway, on with the post. There have been mixed reactions to my assertion that we live in a Stalinist society. There was some supporting evidence from Prufrock (see his comments on yesterday's post) and some raised eyebrows elsewhere. For those who are interested I have written more here.

And, in an unexpected return to the ostensible purpose of this blog, I have a couple of pieces of Command & Colours Napoleonics news. Expansion 5 has arrived in the UK and my order has therefore gone in. It won't be delivered very soon however because in keeping with my frugal nature I have only paid for second class delivery. What did arrive in this morning's post were the wooden C&C Napoleonic dice that I ordered before Christmas from Canada on eBay. It was as cheap to order three sets as two and they very kindly included three spares. I am now replete with the bloody things. I shall have to tweak the rules to require throwing handfuls of dice.
Posted by Epictetus at 15:07