You will all be seriously concerned that I am going to review in great detail the whole of my cultural life during the period of enforced absence from the blog. Happily even I am not that cruel. There were of course many highlights in the 3 operas, 12 plays, 4 gigs and 2 films that I managed to squeeze in because, thankfully, my long vision was unaffected by the spectacles debacle. However, 2001; A Space Odyssey wasn't among them. I'd managed never to see this before so was keen to catch the 50th anniversary restored print on the big screen. Dear, oh, dear; what a load of old rubbish, and I don't exempt Leonard Rossiter's Russian accent from that criticism. Does anyone know why the astronaut doing the EVA flew the small pod further away from the bit he wanted to repair than he was prior to launching it before getting out to spacewalk back? No wonder the AI thought it had a chance of winning.

I shall instead mention a few which actually are worth, er, mentioning:
Boardgaming is also difficult if you can't see (especially given that I can't tell the difference between colours half the time anyway), so mostly I didn't bother. I did however join a few of the erstwhile Ilkley Lads for a game of the new reprint of Medieval. The game was punctuated by one of the players regularly falling asleep before waking up to demand to know what was all that stuff going on with removing map tiles from the board. For those who haven't seen it, removing map tiles from the board is in fact a major part of the game. Despite that - and only partly because I won - this game is highly recommended and is hereby added to Epictetus' list of boardgames that will appeal to wargamers. Another game on that list is Condottiere, which I have previously bigged up here only to find out that it was out of print. Well there is good news as it is being reprinted, including rules for a new 2-player variant. Details - except sadly for the timetable - can be found here.

And no post at this time of year would be complete without one of these; 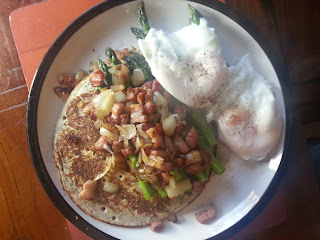