The Herald In Late Medieval Europe

I mentioned recently the idea of blogging niches. I seem to be slipping into one by default, namely reviewing obscure books about the fourteenth and fifteenth centuries which no one else either has any interest in or will ever read. This is today's: 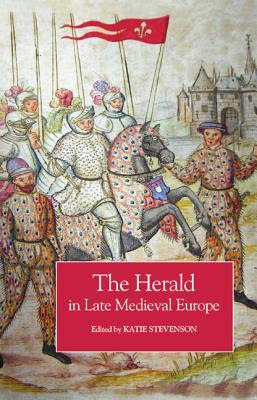 First published in 2009, this is another which I would certainly not have bought at the initial price demanded. Its contents are nine academic papers by various authors discussing the identity and roles of officers of arms in a range of European regions. I read it under a slight misapprehension in that I thought that it would include some discussion about what heralds did whilst on the battlefield, or at least on campaign. However, apart from a few Scots heralds in the service of various Scandinavian kings who apparently joined in the fighting whenever they could, it doesn't. There is plenty of interesting stuff about tournaments and diplomacy, but I'd be hard pushed to recommend it specifically to wargamers. I was personally quite surprised by a number of things contained in the book: just how late in the middle ages it was before the whole business of heraldry was formalised, the extent and depth of diplomacy between countries which seem to me to be a long way apart (e.g. Denmark and Portugal), and the degree to which Paul Bettany's act as Geoffrey Chaucer really does reflect the role that the heralds performed at the joust.

I'm embarrassed to say that I also didn't previously know that a sister of Henry V became Queen of Denmark, Norway and Sweden.