I haven't forgotten my promise to document at tedious length my adventures in London, plus there's the 211th Otley Show to report on (*). However, I have been in the dentist's chair again and am feeling a bit bashed about. 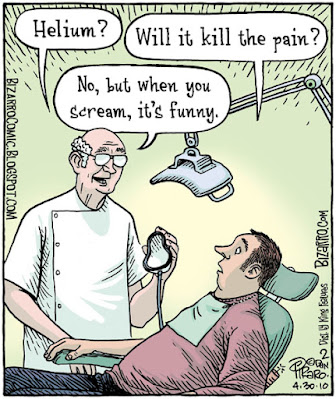 While I'm here though, an update on BT. You may remember they gave me a couple of small, seemingly arbitrary amounts of compensation for a bit of a delay in upgrading my broadband. Well, they've now given me a third payment, and this time it's £619.92, thus moving from the slightly odd to the frankly ridiculous. That amount is more than I will pay during the whole of the duration of the contract whose implementation caused the problem in the first place. Sell your BT shares immediately, they have lost the plot.

* Spoiler alert: it was pretty much the same as the other 210. Still, it was good to be there again after the pandemic gap.

Email ThisBlogThis!Share to TwitterShare to FacebookShare to Pinterest
Labels: Otley