Life carries on here much as usual: BT have given me another seemingly arbitrarily precise compensation payment, £26.24 this time; another family of mice have appeared, necessitating more poison to be laid out; I have spent an inordinate amount of time in the dentist's chair due to problems with decades old crowns; and I have ordered another set of rules for the Mexican Revolution, despite it being a period which I never intend to game. I shall no doubt return to the last of those when they turn up. 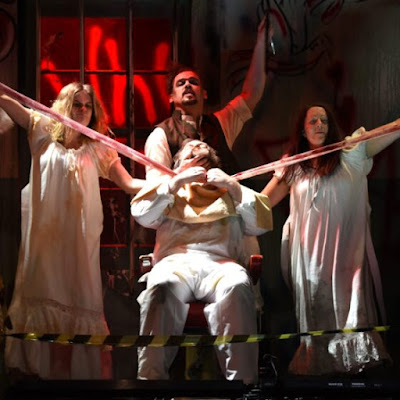 I mentioned in a recent post that 'The Book of Mormon' contained songs on all sorts of potentially offensive subjects. I have now been to see the much more mainstream 'Sweeney Todd' - by the late, great Stephen Sondheim - and find that much of the lyrical content is about murder and cannibalism, so not offensive at all. It was very good though. 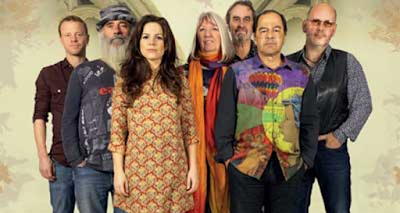 I've also been to see Steeleye Span's 50th anniversary tour. The band are, as Maddy Prior pointed out, a 'Ship of Theseus' with not many original members remaining. Indeed two of those in the official 2022 tour photograph above weren't there. Still, they were also very good. [Note to self: see if you can think of some more exciting descriptive words before writing your next review] Anyway, being folk music, the lyrical content was all a bit grim: cruel killings, seduction and abandonment of innocent maidens who then perish, hauntings by headless monsters etc. There seems to be a bit of theme developing here.

Musicians often refer on stage to others they have interacted with. Recently Nick Lowe spoke about Mavis Staples, which certainly impressed me. Maddy Prior out-namedropped them all by telling us what the Queen said to her, which was apparently: "Such jolly tunes". Still, if my ancestors had carried on in the same way as those of Her Maj, then I might also have a different threshold as to what constituted 'jolly'.