Nikita Kruschev once said that politicians were the same all over: "They promise to build a bridge where there is no river". Whoever was running the part of eighteenth century central Europe over which last night's game in the legendary wargames room was played out had a new twist; he - one must assume it was a he - built several bridges in a place where, as it turned out, one could simply walk across the river in the first place.

We were playing James' interpretation of a scenario from C.S. Grant's book of much the same name. It provided a pleasant evening's entertainment, but James was heard muttering about various things he would change before he wrote it up in detail, and I think he was right as it didn't quite gel. This wasn't helped by the fact that my units, which you will recall are of somewhat arbitrary quality in Piquet, turned out to be much better than Peter's. We also, as distressingly often these days, weren't entirely on top of the rules, which only really mattered because when we remembered what we had left out until that point Peter immediately proved that he can always be relied upon to throw a one on a D20 when he really, really doesn't want to. Anyway, I think we agreed on the appropriate rules for game play when trying to fight across a bridge - helpful as James has been building both them and rivers in industrial quantities - and what the tactics would be to take advantage of the rules that we just made up; so progress of sorts was made. Incidentally James advises that second hand copies of 'Scenarios for Wargamers' change hands for around £100. I think for that money I'd expect the author himself to come round to my house and run the game for me. 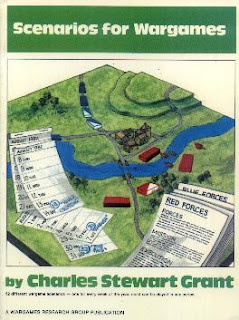 In other wargaming news I have bowed to pressure and acquired a couple of tanks for the Great War. It is thus that I find myself assembling a plastic kit for the first time since, probably, 1971. I'm actually finding it a fair bit easier than I remember. In part that will be having the right tools - sprue cutters are very simple, but very effective - but also I think due to patience, a resource in very short supply when I was a teenager. I have also bought a couple of aircraft: a Sopwith Camel, of course, and an Albatross. These are the old Skytrex 1/144 models now produced by Red Eagle Miniatures. They look far more difficult to assemble than the Emhar Mark IV and so, employing my new found reserves of patience once again, I have put them to one side and haven't done anything with them.
Posted by Epictetus at 17:24