I had intended to carry on writing in yesterday's post, after the gratuitous smutty limerick, answering some questions that no one has yet asked. But the force was weak with me; perhaps because I am prostrated with grief. Which I suppose leads to the first question: what did you really think of HRH The People's Racist? I shall simply say that I respect and honour all those who fought against fascism, and leave it at that.

What I was going to write about yesterday was the other question not on anybody's lips: what's happening with the siege games? Well, I have been mulling it over and have decided that the way to make the game quicker is to put more forces on the table. There is some serious logic behind this counter-intuitive conclusion and will share it with you, dear readers, as soon as I set a new game up. 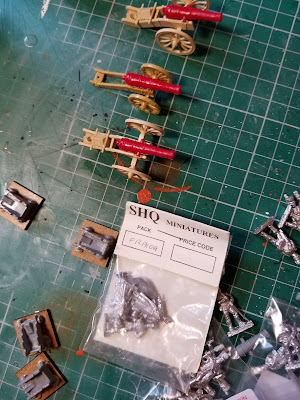 In the meantime, I have been making some more siege and fortress guns. These require more crew and this time I have gone for Kennington Miniatures (sold by SHQ of course), just by way of a change. 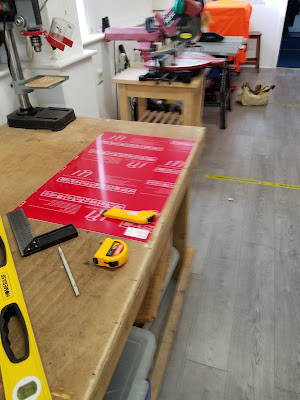 It being April 12th I once again have access to the workshop in which I do much of all this stuff. That's the laser cutter shrouded in the orange cloth at the back. The red sheet in the foreground is some laminated acrylic, on which there will be more to report in due course I hope. Today's task is to use the heat gun to mould some Sturktur-Hartschaum. These are a tool and a material new to me, so either I shall return in triumph with photographs of a magnificent new addition to my Vauban fortress, or I shall burn my hands so badly that I shall never be able to type again.