I've had a few days off from wargames related activity because the weather has been rather good. "Surely," I hear you say, "good weather is spraying weather?". Indeed you would think so, but no. While my back was turned the can of paint has dried up, clogged up and generally given up. But the really annoying part is that there appear to be no replacement cans to be had in the UK for love nor money. I don't know what to make of this: it could be related to leaving the EU; it could be something to do with ships stuck in canals; or the colour could have been discontinued for ever (*). For the time being I shall brood on it without doing anything, and hope that something turns up. 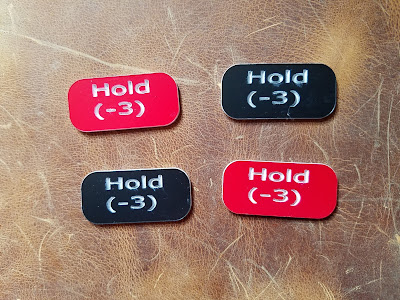 On a more positive note I have produced some more Square Bashing tokens, and this time I have manage to produce rounded corners. This might seem trivial, but every time I have made a gaming aid on the laser cutter so far I have intended the corners to be rounded, but they never are. It's easy to design it that way in the CAD package, but until now impossible to port across into the machine code. I am still not entirely clear how I managed it this time - Ungrouping and Breaking Apart may or may not have been involved, whilst Changing Objects to Paths almost certainly was - but I'll take the win. 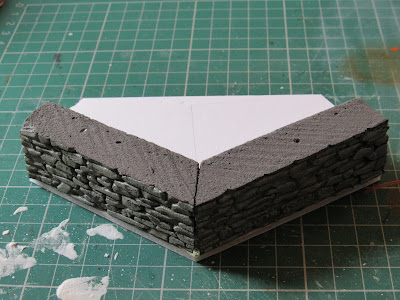 You may recall that I had even less success in trying to use heat to bend some German model railway scenic material. I can report that it cuts much more easily, and takes glue without any problem. What was I thinking? I shall give more details of what it is when I have finished it.

* Anyone else pissed off about Listerine Original?