“We find that the Romans owed the conquest of the world to no other cause than continual military training, exact observance of discipline in their camps, and unwearied cultivation of the other arts of war.” – Vegetius

None of which was to any avail last night in the refight of Ilipa (see here for James’ report and photographs). It was, as he says, a good game and very close until the last turn when the wheels rather came off for the Romans. I really do like ‘To the Strongest!’ and they’re even better once you remember them correctly. 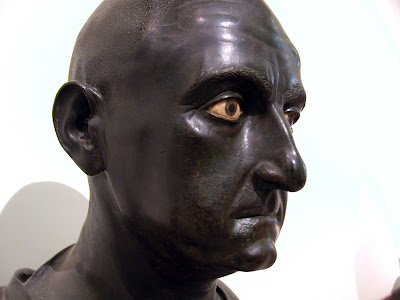 It’s odd that James is going to play the Romans next week and most of the changes to the scenario favour that side, but then I suppose that coincidences do happen. I don’t think I’ve ever played a game where the elephants achieved any success whatsoever so it will be interesting to see how that rule change plays out; still badly for the Carthaginians I’m sure.