In the Lands of the North

"In the land of the North, where the Black Rocks stand guard against the cold sea, in the dark night that is very long, the Men of the Northlands sit by their great log fires and they tell a tale..."

I have at last been to the Noggin the Nog exhibition. The person I arranged to go with a couple of weeks ago was taken ill rather suddenly; by which I mean that I called round to pick her up only to find her being carried out into an ambulance. It all rather put me in mind of my own trips to A&E back in 2016. Fortunately she has made a full recovery and so we went off to Cartwright Hall to see their exhibition on Smallfilms. 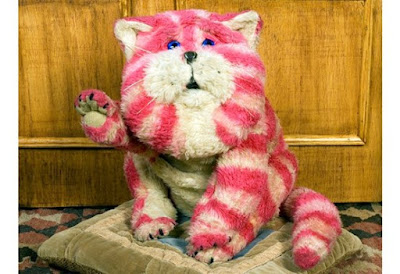 It isn't a very big display and perhaps inevitably has more exhibits relating to the puppet shows than the stop frame animation. There is one of the 'real' Bagpusses - the other appears to be in the Rupert the Bear Museum in Canterbury - a number of Clangers plus the Iron Chicken, and Mr & Mrs Pogle (*). One thing I never knew before was that Clangers were developed from characters who first appeared in an episode of Noggin the Nog; one is never too old to learn something. 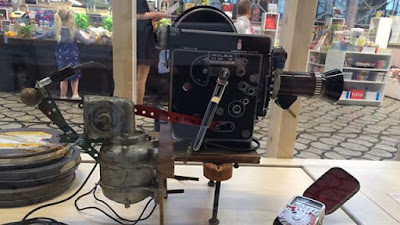 They did have the camera with which Noggin and Ivor the Engine were filmed compete with a trigger made from Meccano to allow one frame to be shot at a time, plus a strange spoked measuring tool that allowed Oliver Postgate to move the drawings by the same amount for each frame he shot. But it was the paintings and drawings of Peter Firmin that stole the show for me, both the exquisite backgrounds and the huge quantity of cutouts for each character: close, medium and distance; at different angles; a range of facial expressions; limbs in various positions; etc. 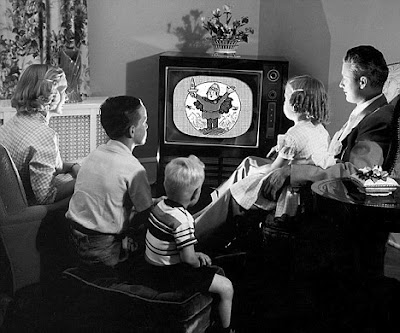 It certainly took me back. Ivor the Engine was on ITV and we watched the BBC in our house, but Noggin was right up my street. One thing I didn't pick up at the time was that Nogbad, the villain trying to steal the throne, was Noggin's uncle; you can't get away from Shakespeare can you? I'm also pleased to note that Groliffe the dragon was an accountant of sorts. There are many Smallfilms resources on the interweb, but make sure you don't miss this one. Be warned though, the promised Hordes of the Things army lists don't seem to exist.

Also on at Cartwright Hall at the moment is an exhibition of a century of Bradford painters. As well as the inevitable Hockney this also included  Edward Wadsworth, member of the Vorticists, and, much to my surprise, a painting by David Oxtoby of Catfish Keith, a version of which is on the cover of the blues singer's first album. 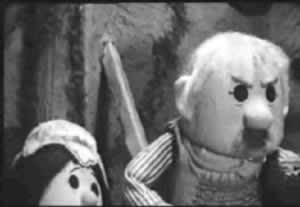 (*) Amos Pogle, the man who said "I'll be respectable when I'm dead Mrs Pogle, until then I'll shout and sing as much as I like!" is, as can be seen from the photo, a bit of a role model of mine.
Posted by Epictetus at 19:22