“All Heaven and Earth
Flowered white obliterate...
Snow...unceasing snow”
- Hashin
Before the snow returned we managed to play some X-Wing. Playing it back-to-back with 'Jump Or Burn' was interesting rather than confusing. About the only things they have in common is that you use various lengths of cardboard when moving stuff, that they are good fun and they don't outstay their welcome. 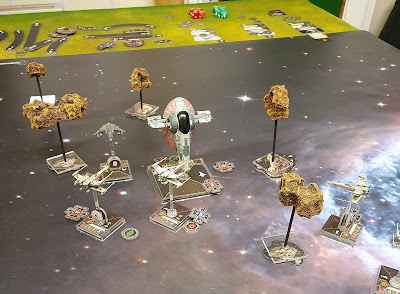 The X-Wing ship/pilot combinations do seem unnecessarily complicated to me. My lack of knowledge of the films etc, means I can't be sure whether it's there to reflect the 'reality', or whether, just perhaps, it's there to prey on the gullibility of those who buy all those models, cards etc. Who can tell?  The rebels won both games we played, or possibly it was the Empire; once again, who can tell?

Other wargaming activity has been limited to putting a bit more paint on the not very recent castings and taking another photo that looks awfully similar to the previous ones posted here. About half way through I think. 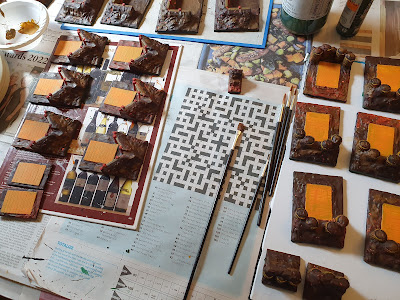