A Fable of Cable

Back in the day when I was of no fixed abode I occasionally explained my absence from these pages by pointing to a lack of broadband. That excuse hasn't been trotted out for a while, but one of the founding principles of this blog is that all topics will be recycled at some point. So, I haven't been here because my broadband hasn't been working. 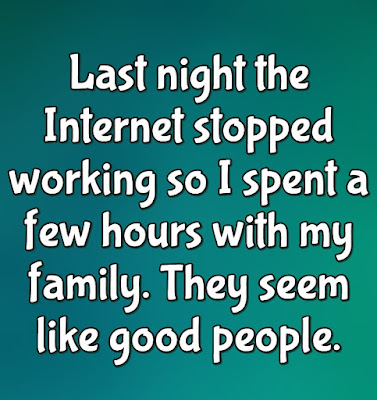 My house is connected to Virgin cable, but another founding principle of this blog is that beardy Branson is a twat. All other fibre optic service providers are installed by BT Openreach, who have entertained me with six months of unlikely solutions to the challenge, ranging from closing the A659 completely for a couple of days while they dug a trench across it to installing my own personal telegraph pole in my garden. In the end they did what I would have done all along, namely replace the existing copper wire that was already there with a fibre optic one.  At that point the existing service was turned off, and....nothing. However, a mere six days later the new system is at last up and running. It's a bit faster I suppose and I've now got one of those phones that won't work if there's a power cut; there's progress for you. I have also been given £10.08 compensation for the inconvenience caused; love the precision.