Out of the Hurly-Burly

"So we had no fire in the range upon that day, and the family breakfasted again upon cool viand without being cheered with a view of the plumber. Upon calling at the plumber's shop to ascertain why he had not fulfilled his promise, I was informed by the clerk that he had returned, but that he was compelled to go over to Wilmington. The man seemed so thoroughly in earnest in his assertion that the plumber positively would attend to my boiler upon the following morning that we permitted the range to remain untouched, and for the third time we broke our fast with a frigid repast. But the plumber and his assistants did not come." - Max Adeler

I'm waiting for the plumber. Now obviously that means I have time to write a novel, if not a series of novels plus the screenplays for the films to be made from them, but I shall content myself with a short blog post. 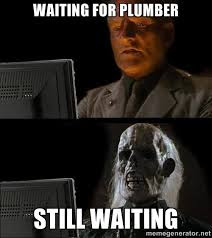 The try out of TtS! for WotR was cancelled last night due to a combination of the common cold, decorating and professional cycle racing. (Not an especially odd combination. Earlier in the week in response to news of the death of a university acquaintance I found myself typing a sentence containing the words Diddy David Hamilton, labrador dog and split foreskin.) I'm tied up next Wednesday so I'm not sure when we shall revisit it.


I have watched Klute for the first time - a mere 45 years or so after it was released - and whilst enjoyable as film noir I find it astonishing that it was originally seen as either liberal or feminist.

And coming fashionably late to the whole Waterloo anniversary thing as well, here's a report of the re-enactment from what seems to be an unimpeachable source..

Email ThisBlogThis!Share to TwitterShare to FacebookShare to Pinterest
Labels: books, films, Napoleonics, quotations, To the Strongest!, wargaming annexe, Wars of the Roses