I am a bit behind with writing up the boardgames that I have played, and as the latest list of new ones involves rugs and the wild west I shall do so soon. However, I am diverted by the rather tedious game of 'Roll for the Galaxy' that we had on Monday. This is no reflection on the game - which is perfectly good - but rather because one of the players was a bit slow in taking his turn. Afterwards one of the other players, classifying the problem as Analysis Paralysis, asked about research into the issue, whether there were different types, and, most importantly, what could be done to sort it out. 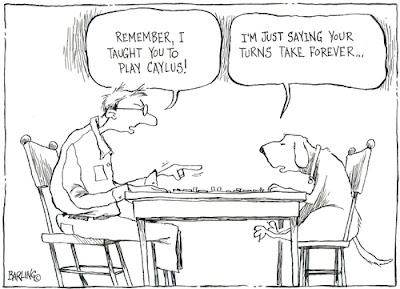 I first came across the term some twenty five years ago whilst doing my MBA. In that context it means specifically the tendency to postpone a decision in order to collect more data, carry out more analysis, discuss things with more colleagues and so on. In boardgaming parlance it can't mean that; and I suspect that it doesn't actually mean any more than that somebody else is taking longer than you would prefer to play their turn without there being any obvious external distraction such as eating, arguing with their spouse or, increasingly, staring at one's phone. 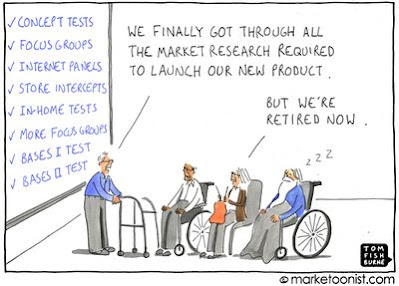 Now the concept of not being able to make a decision isn't new. I was immediately reminded, as no doubt you were yourself, of Buridan's ass, and Buridan lived in the early fourteenth century. Indeed having looked him up to verify the details, the reputable source that I consulted (OK, Wikipedia) says that the paradox never actually appeared in Buridan's writings and in any event had been known to the ancient Greeks. 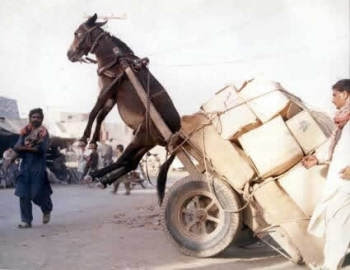 But in any event, it seems to me that the problem being manifested in l'Arbre d'If the other night wasn't really indecision. If we are to seek the guidance of a dead philosopher - and why wouldn't we? - I think we should turn to Immanuel Kant and his concept of enlightenment as being the emergence from self-imposed nonage. The individual involved had never played the game before, for which we would all obviously cut him some slack. The problem was his reluctance to take responsibility for his own moves outwith the guidance of others as the game developed; precisely, I'm sure that you will agree, the situation described by Kant. So, returning to the most important question raised above - what can be done to sort it out? - we must urge our opponents to heed the advice that Kant gave in 1784 (quoting Horace) Sapere Aude: Dare to Know. 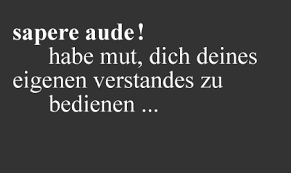 Two further points. Firstly despite having played and enjoyed the game previously, I couldn't for the life of me remember the rules. In my case however the problem is not nonage, but dotage. Secondly, my research into Buridan tells me that what he did write included an attack on the work of William of Occam. Now there I have to draw a line. Occam's Razor remains as it always has been, the single most useful tool of analysis whether playing a boardgame, in business or doing anything else.
Posted by Epictetus at 10:43