I Bound the Rose in Sheaves

I have delayed writing about boardgames for so long that I find myself reviewing all June. So, better late than never, here they are:

Colt Express: This game has a three dimensional train and one can shoot or punch people. It works for me. It might not be as good if it was played too often - it's chaotic to the point of being almost random - but will be fun once in a while.

Elysium: Taking the role of Greek gods (easier for some than for others) players employ a novel drafting mechanism involving columns (Doric I think) of various colours to, in effect, play rummy. I played it twice and rather liked it.

Good Cop and Bad Cop: At the better end of the spectrum of 'deduce the hidden indentity' type games and with real guns. OK, they're not real.

Guillotine: As ever, executing the aristos was a pleasure.

Istanbul: I like this more each time I play it; I really don't understand why it isn't all that popular in the gaming circles within which I move.

K2: I managed not to lose a mountaineer to oxygen deprivation this time, but I also didn't manage to climb to the top. Excellent game.

Kanban: The first thing that needs saying is that it has nothing whatever to do with kanbans. In it reminded my of Evolution in the specific sense that the mechanics of the game are pretty much the direct opposite of what the title would imply. Indeed, rather than the pull of a real kanban one quite literally pushed things through the factory. It is a very complicated, but clearly very well balanced, Euro game. It's not in my sweet spot, but I'd play it if it was suggested, certainly in preference to Keyflower.

King and Assassins: An asymmetrical two player game involving, well you can probably guess. I was the king and got assassinated. I knew the chap on the roof was a wrong 'un, but didn't take him out. Big mistake. I'd happily give it another go.

Lords of Waterdeep: Worker placement game, but not bad with it. The theme is unbelievably thin, it really might as well not be there at all.

Marrakech: Good game. My street cred was dented when I explained at length why they were rugs and not carpets and how I knew. I played it with both two and three players and the games were rather different. 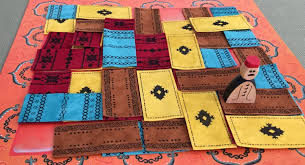 No Thanks!: Good game of guessing what other players will do. I sucked.

Pandemic; The Cure: Dice based version of the cooperative game rather than the competitive game. The population of the world died a horrible death so early one that I didn't have time to remember that I don't like cooperative games.

Panic Lab: Fun, but it quickly becomes obvious which player has the knack.

Roll for the Galaxy: This was the game which caused a debate as to what was Analysis Paralysis and what was a failure to understand the lessons of the eighteenth century.

Skull: I'll say it again, this is a great game.

Stuff and Nonsense: Fairly dull set collection game, which caused the only example of ageism that I can ever remember suffering among the boardgames fraternity.

Sushi Go!: At least it's quick.

Zooloretto: If a game involves pandas then it's OK by me. This is fine, if light, but my advice is not to ignore the catering concessions.