I have definitely moaned here before about Virgin East Coast, who are so much worse than the previous state-owned incumbents that one can only assume they are doing it as some sort of gratuitous nose-thumbing. As the service was late the other week I duly claimed my compensation and awaited a letter of excuse as to why I wasn't going to get any; you will recall that on the last occasion they refused it on the basis that there was nothing worth doing in Leeds even if one got there on time. This time the letter agrees that I am entitled to a 50% refund, acknowledges that I have a legal right to receive this in cash, but then states that they are going to pay me in travel vouchers anyway because it suits them better. Further proof of the contempt with which these people regard their customers (see posts passim on BT, EE, First Direct etc).


Anyway, on a different subject, the summer of love is over and a young man's thoughts turn to wargaming once again. We finally finished the mega seven years war battle last night (don't ask) and I found myself slightly embarrassed that I seem to have made no progress towards being able to get my Hussites on to the table. I therefore leaped out of bed this morning determined to crack on. Obviously that initially involved a number of cups of tea, answering emails and a potter round Otley to buy something for lunch. However, I can report that I have subsequently made massive strides.

The intention has always been to base a Hussite game on the set of rules written by James and Peter for the Crusades. Those were in turn based on Brent Oman's Field of Battle, which were derived from Bob Jones' Piquet. The Crusades rules are called Ager Sanguinis (Field of Blood) and I am proud to announce that after careful thought the new Hussite Wars rules will be called Cup of Blood. 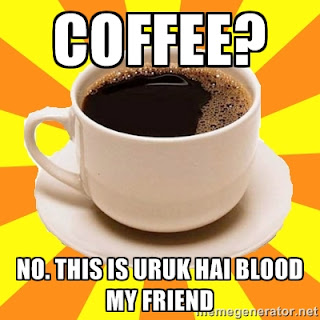 Now, a lot of people might have paused there to take stock, before ploughing on further, but I am proud to say that I have also made twenty 'vexed' markers. I haven't actually decided whether 'vexed' status is staying or going in the new rules, but my new watchwords are 'action, action and action'. Action!
Posted by Epictetus at 14:10