Jonathan Freitag commented on my last posting about Piquet. I thought I'd reply in the form of a full blog entry because a) more people will see it, b) it allows me to answer at greater length and c) it saves me having to think of anything else to post about. Win-win-win.

The first point to make is that everything he says is right, except perhaps when he implies that there is too much non-wargaming content on the blog. He obviously doesn't realise that if I lost the non-wargamers then I'd have fewer readers. ["Well," interjects the RP "in fact it is just possible that he might be able to work that one out for himself."] In particular your bloggist lives in constant fear of losing his lone female reader; indeed the thought of it sometimes keeps me awake at night. 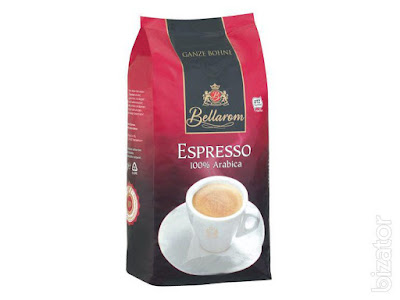 Anyway, back to Piquet. As noted above, there's a lot in what Jonathan says. So much so that the current Piquet head honcho, Brent Oman (1) has developed a different, but clearly related, set of rules which addressed a lot of the shortcomings. The original version of these, suitable for horse and musket periods, was called "Field of Battle" and we always refer to this family of games as FoB (pronounced fob; saying F O B always makes me want to add "Scott" or "Virgil" on to the end). The major differences include equal initiative and variable movement distances, plus a series of tweaks to manoeuver, combat and morale. My advice to anyone wanting to try Piquet would be to start with these. Personally, I think that I prefer them to classic Piquet and interestingly the rules that James and Peter have written for the Punic Wars, the Crusades and the Italian Wars are all based on FoB (2), as will be my rules for Hussites should I ever actually do more than talk about it.


So what of classic Piquet? Well James' set of big battle Seven Years War rules (provisionally entitled "If You Don't Want My Lemons Then Don't Shake My Tree") that we've been playing a lot recently are clearly based on the original master rules and have stripped out many - but not all - of the Ilkley Lads house rules that had accrued over the years. However they have at the same time added in one or two appropriate elements of FoB such as the ability to rally back stands. As previously mentioned on this blog we use dominoes rather than dice to determine initiative which ameliorates the danger of big disparities. However, it doesn't eliminate it. Peter, and to a lesser extent I, have played many, many games of Piquet. We understand and accept its vagaries and are prepared to put up with them because we think that overall the game is well worth it. But on Wednesday even we were completely cheesed off. As F. Scott Fitzgerald wrote "Nothing is as obnoxious as other peoples' luck". 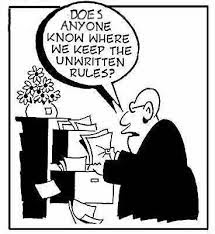 All of which is a long-winded way of saying that while I love playing Piquet, my firm recommendation to those who wish to try (or retry) them would be the newer games within the family (3) and/or be prepared to put in some effort fine tuning them to your understanding of the conflict you are gaming, rather than use the original set as written.


(1) Brent liked the rules so much that he bought the company. The original author, Bob Jones, has gone on to write Zouave and Die Fighting, both of which I own, but have never played..

(2) I can't for the life of me remember whether their rules for Ancient Galleys or the Western Desert are based on FoB or classic Piquet. In the first instance it's because I haven't played them for so long - hint, hint. In the case of WW2 there really is no excuse as we did the Sidi Rezegh scenario about two dozen times in a row a couple of years ago. I can only assume that the whole episode was so traumatic that I have buried it deep in my subconcious.

(3) Classic Piquet requires the core rules plus a specific period supplement. The FoB type rules are self-contained. I've never played any of the other FoB rulesets such as the ancient version "Pulse of Battle" simply because James and Peter wrote their own version before it came out. For completeness, there are two other games published by Piquet. The first is "Command Piquet", which I liked, but which, it seems to me, requires too much thought to be given to setting up the terrain before one starts. The second is "Jump or Burn", a terrific set of WW1 dogfight rules written by James and which bears no relation whatsoever to any other game labelled as Piquet. We haven't played this for ages as James received an offer he couldn't refuse for all his aircraft and the ingenious stands to which they could be attached.

All this talk of WW1 aircraft and of lemons can only lead in one direction surely: