At the beginning of the year I thought I'd be clever and keep track of things that happened in a draft blog posting, thus making the inevitable - assuming that the Lord spared me - year end review much easier. Obviously it was too clever for me, because at least twice I accidentally published the draft post before hurriedly taking it back down again. Anyway, for those of you who haven't seen it as we've gone along, here are the highlights of the year:

Opera:  I've seen fifteen operas this year, which is possibly some kind of record for me. I'm going to nominate the one that wasn't really an opera as my favourite, namely 'Into the Woods'; it's my list and I shall do what I want. If one wants to be difficult and exclude it then I would go for 'Aida' in the amphitheatre at Verona; quite spectacular. The least effective moment for me was the title character's backside being flaunted in 'Suor Angelica; quite ridiculous.

Theatre: I've seen twenty seven plays, the best being the revival of 'An Inspector Calls', followed by the charming 'Simply Ballroom' and the RSC's 'A Midsummer Nights Dream'. Worst by some way was the execrable science fiction dramatisation of 'Villette'

Film of the year: I've seen ten of these, which is certainly a step up in number on previous years and, apart from the very average 'A Streetcat Named Bob' they were all excellent. I'm going to plump for Tarantino's 'The Hateful Eight' as the best with honourable mentions for Alan Bennett's 'The Lady in the Van' and Jane Austen's 'Love & Friendship'.

Gig of the Year : I've lost count of the gigs that I've been to, and can only say with any certainty that it's more than thirty five. Van Morrison was the best with a shout out for the Jon Palmer Acoustic Band supported by Yan Tan Tether (the night they recorded their live album not the night they sang all the Christmas songs) and also the Jar Family. On a less happy note, for the second year in succession I had a ticket to see Graham Parker and didn't make it.

Book of the Year: The least surprising category of the lot. If you hadn't worked out that it was going to be Heretic Dawn, the third volume of Robert Merle's Fortunes of France series, then you haven't been paying attention. 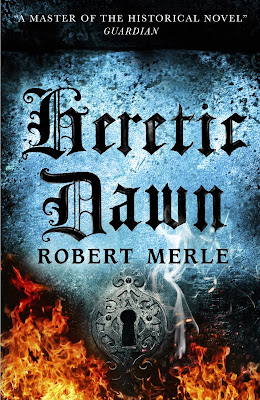 Walk of the Year: As the big bouncy woman and I didn't get to walk anywhere this year - and how sad is that? - I'm going for a visit to Buckden, Cray and Hubberholme that the elder Miss Epictetus and I made shortly before the onset of adult life proper took her away from me. A Ramblers walk to Crummockdale also sticks in the memory.

Event of the Year: There were many candidates, quite a few revolving around ambulance trips to A&E; the first CT scan that I had was a very odd experience as well. The great base fire deserves a mention as does the time that the kettle exploded; nothing much resulted on either occasion, but they were very disconcerting. The training day before May half term was a real highlight, not least because the rest of the year was crammed with things getting in the way. However, I'm going to choose my 60th birthday when my daughters took me to Whitby for the day, and didn't we have a lovely time.