We had a run through of the Square Bashing pre-battle sequence, and I can't say that I was especially taken with it as a process in itself. I understand that at the annual Square Bashing day events they use a different method to achieve the same result, but the description of it here is so obtuse that I have literally no idea how it works. I have my own idea of an alternative, which would also allow the nomination of which side is to be the attacker. On this occasion, in a very one sided exchange, it was the Germans who the dice decided would be on the offensive. They will do so with the aid of stormtroopers and flamethrowers, in the latter case for no better reason than that I have some. 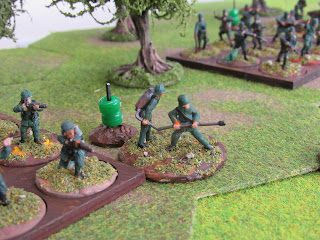 The table looks like this, although these won't be the final dispositions: 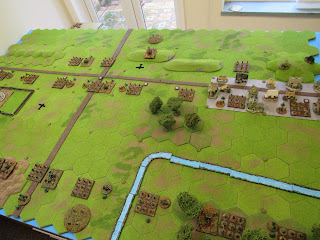 The black, vaguely aircraft shaped things are my current temporary method of marking where aircraft are; they are meant to represent their shadow as they pass overhead. I have decided that the Red Eagle models are too much like hard work, and haven't yet thought of a better way. 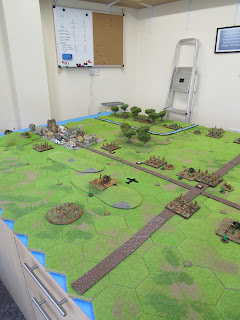 I have restated the aircraft rules, with the intention of expressing them less ambiguously while retaining what I believe to be their original intent. We shall also use the flamethrower rules as written for this time at least, although I don't think they reflect how the Germans used the weapons in practice. However, and in the finest traditions of wargaming in the lower Wharfe valley, I am going to change a couple of things relating to non-barrage assets. 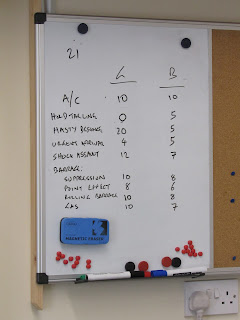