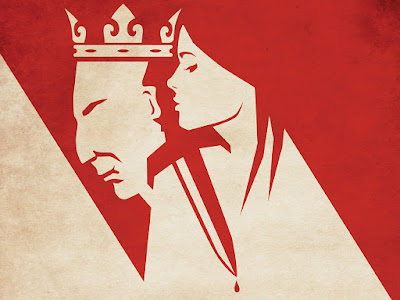 And so to the opera. I have been to see Verdi's Macbeth. I may well say this every time I see the opera or the play, but that Lady Macbeth is definitely a wrong 'un. The singer playing her made the most of this and stomped around the stage like the villainess in a silent film, emoting wildly and upstaging her sap of a husband behind his back while he sang. I don't know whether it was that which unnerved him, but towards the end, when he is about to get his comeuppance, he accidentally let go of his sword while Macduff was telling him all about his being untimely ripped. The blade flew across the stage and into the pit where had it not been made of cardboard wrapped in tinfoil it would have decapitated the timpani player. I am pleased to report that, just like the band on the Titanic, the orchestra played on. 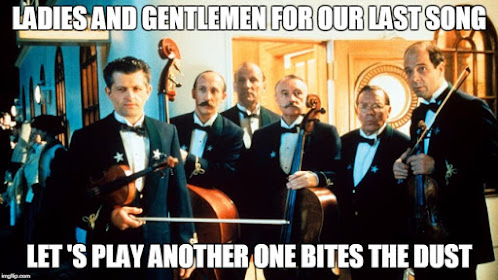