And so to the opera. In a rare crossover between the ultimate art form and wargaming I have been to see Handel's 'Silla'. The 'Infamy, Infamy' game which I played in Nottingham a couple of weeks ago took place in the Social War of 91-87 BCE, and the Lucius Cornelius Sulla who was involved in those as a military commander becomes Silla in Rossi's libretto. The setting is (sort of - it's not terribly historically accurate) the civil wars of a few years later, through winning which Sulla/Silla becomes dictator. It is, as the programme tells us, about a womanising populist leader who rises to power, but is brought down by those closest to him when he loses his appeal to the populace. It had a contemporary setting (*), presumably so that the audience could more easily read into it whatever parallels they could find. 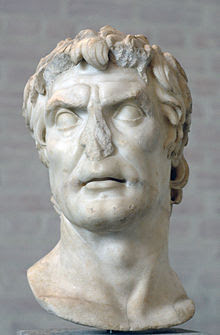 It was all very good, although the music seemed vaguely familiar. Some subsequent research tells me that the dramma per musica was written for a specific time and place, only performed once and the music was simply used again in 'Amadigi de Gaula' which, of course, I saw last autumn. Among what is by now the traditional trouser-role same-sex relationships and gender-swapping, this production of 'Silla' did contain a couple things I'd never seen before at the opera. At one point Mars, god of war, encouraged the audience to clap along, which did nothing so much as prove that classical music audiences are as incapable of keeping rhythm as any other sort. Then, a bit later on, some members of the orchestra joined in the singing. If you live long enough then you will see most things eventually.

* I can't help thinking they missed a trick by not setting it in 1960s Liverpool and giving a key role to the cloakroom attendant at the Cavern, all of which would undoubtably have been a lorra lorra laughs.