More bread related paraphernalia has arrived at the Casa Epictetus, including a set of drug dealer's scales and a bag of ascorbic acid. It feels good to have yet another hobby that demands constant spending at a level which it would be hard to justify to someone else. Speaking of which, I have also just bought the new Strelets set of English longbowmen, for no better reason than...well actually for no real reason at all, except that it's new and I wanted it. In fact I must admit to an intense mental struggle before I ended up only buying one box. Yes it's spend and damn the consequences here, an attitude which was only heightened when I went the other day to see my financial advisor. We agreed a certain course of action and then he said that he couldn't execute it immediately because he was going to the Cayman Islands and would let me know when he got back. I cannot decide whether this comforts or alarms me.

I have been to my first concert of the year, seeing the Ale Marys, who played the same set that they did when I'd seen them three weeks earlier, and which was just as enjoyable second time around. As we left I asked my companion for the evening - a different lady to the previous occasion - for her thoughts and she replied "I thought they were very good. I might bring the dog next time.", a statement that raised so many questions that I was lost for words until it was too late to reply at all. 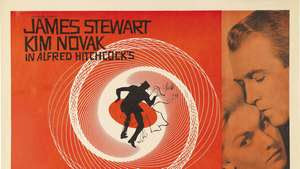 I have also been to the cinema to see Vertigo, Hitchcock's masterpiece, which stars James Stewart, always watchable, and Kim Novak, after whom a company that I worked for once named a computer in their data centre. (Do people give their computers names any more?) It seems redundant of me to say that it is rather good - it was voted the best film of all time by Sight and Sound magazine - but I'm very glad to have seen it on the big screen. As everybody from Hitchcock onwards has observed, either Stewart is too old or Novak (and also Barbara Bel Geddes, appearing here as supposedly the contemporary of a man fourteen years her senior two decades before as Miss Ellie she was cast as the mother of a man only nine years her junior) is too young, but that's Hollywood for you. The film is set in San Francisco and all the famous sites appear: the Golden Gate bridge, Lombard Street, Fisherman's Wharf, the bit of road near the cathedral where I fell off the Segway - they're all here.