"The public character of every public servant is legitimate subject of discussion, and his fitness or unfitness for office may be fairly canvassed by any person" - Charles Babbage

The distinguished mathematician's views are as valid now as they were well over a century ago. However that's not why we're here. I have been reading the newish set of rules published by Osprey: "The Men Who Would Be Kings". They are by Daniel Mersey, who wrote "Lion Rampant", which I rather liked despite being unable to set up a scenario that works properly. These new rules cover 19th century colonial wars, which are very low down on my list of possible periods to spend time and money on. James claims that he's going to do the Sudan at some point, but I'll be long dead by the time he gets round to it. These rules aren't really the sort of thing that I'd be looking for in any case, and can anyone imagine James putting up with only three troop types? 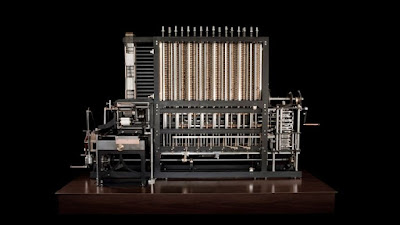 My real reason for taking a look was because the book contains an artificial intelligence engine allowing them to be played solo; this being given the name Mr Babbage, presumably in honour of the man who first proposed the programmable computer (1). My particular interest in this is in it's applicability to my Roman vs Celts Pony Wars rip off and, sure enough, Mersey acknowledges that what he has done was inspired by Ian Beck's original, but that he has purposefully set out to simplify the process. It certainly looks straightforward enough, although, as before, the big difference from what I want is the centrality of ranged fire. I like the dice driven concept for the introduction of new tribal units anywhere on the table rather than just at the edges or at ambush points. It shouldn't be beyond my imagination to work out a way of integrating that with the other elements activated by cards in the current approach. Indeed, it may be time to get out the Romans in Britain rules and take a look, as I now have three possible areas of revision:
I shall try to free up some time in what is, as you will appreciate, a hectic social life.

This is another of those stories the accuracy of which I have no desire to check.