And so to the opera. The third, and for me the best, of the season of fairy tales was Rossini's Cinderella. Whilst sharing the same source as Disney's version this is rather different in that there is no fairy godmother, no glass slipper, no talking animals, no magic at all in fact; the songs are better as well. The principle is the same though: hard done-by but kind and virtuous posh girl is restored to her 'rightful' place in society by vacuous but privileged pretty boy despite the machinations of those around her. 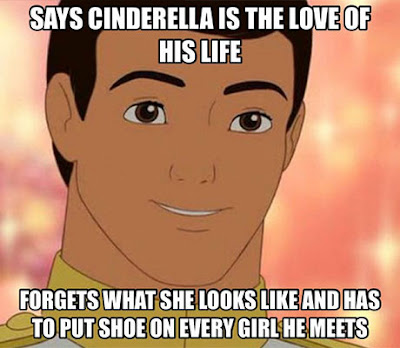 The production is well served by its leads  - including a Prince Charming with the rather excellent first name of Sonnyboy - although they are both perhaps outshone by Quirijn de Lang as Dandini. As mentioned before this run of productions all share a simple set and here it serves in the opening scenes as a dance school. This is an interesting, though one assumes coincidental, nod to the recent production of Strictly Ballroom at the West Yorkshire Playhouse, the main narrative arc of which is itself of course a version of the Cinderella story. Were I really keen to bang on about everything being connected if you look hard enough I would also point out that when Rossini met Salieri in the 1820s he is reputed to have teased him about his reputation as Mozart's poisoner.