And so to the opera. The next of Opera North's fairy tales is Engelbert Humperdinck's 'Hänsel und Gretel'. The age of austerity has reached even into the opera house and the whole season is sharing one functional set. What was a garment factory now becomes what most reviewers have described as a council house, thereby proving that they have been asleep since at least the time of Thatcher. Wherever it is, the children are left alone there with electronic gadgets, but no food. As in the Snow Maiden back projection plays a big part in the design, although perhaps scoring an own goal here; showing giant blow ups of their faces on a feed from a video camera rather undermines the conceit that the adult singers are children.

Susan Bullock doubled up in a sort of Freudian way as both witch and mother; think the way that George Darling and Captain Hook are always played by the same actor in a pantomime. It worked well enough, although she was more entertaining than frightening as she chased them round her gingerbread house.

It's another opera I'd never seen before - I think I was overseas last time Opera North did it - but it's lovely - and varied - music. 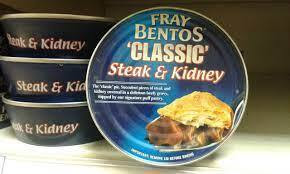 Enigma of the evening: why does the witch keep Fray Bentos pies in her fridge? Surely the main point (only point?) of a Fray Bentos pie is that one can store it at ambient temperature?
Posted by Epictetus at 19:00