So, here we are again. In oh so many ways 2018 was a complete bag of shit; I confidently predict that 2019 will be worse still. However, let's not indulge in what Eliot termed "the conscious impotence of rage at human folly", let's indulge instead in boring everyone with what a culture vulture I am. Just a couple of months ago one woman formerly of my acquaintance described me - over her shoulder as she left - as a "passive/aggressive point scorer"; guilty as charged. 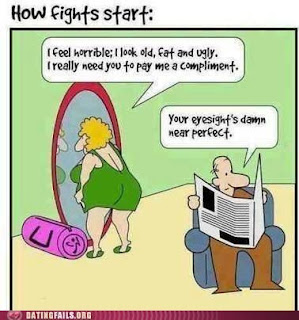 Opera: I saw twenty one this year, which is rather a lot. I'm going to vote 'Madama Butterfly' as the best, with 'Tosca' a close second; so that's a one-two for Puccini and dead heroines. Posting here has been so erratic that I think I might have to instigate an award in each category for the best performance that I didn't bother to write about. In this case I'm going for a production of 'Suor Angelica' in which clothes were kept on by nuns. So that's actually a one-two-three for Puccini and dead heroines then. 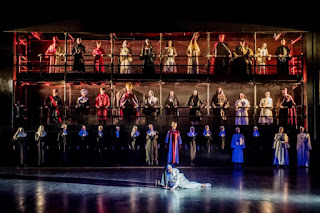 Theatre: I saw fifty three plays and musicals, increased above previous years by the pop-up Shakespeare theatre in York (returning next year I am pleased to say) and by a plethora of Great War commemoration activity. I think my favourite was 'They Don't Pay? We Won't Pay!' - it was certainly the funniest - with a special mention for both 'Journey's End' and 'Barnbow Canaries' - which were certainly the saddest. Best Shakespeare was 'A Midsummer Night's Dream' in York. Top of the unreported was 'From Berlin to Broadway', a marvellous celebration of the work of Kurt Weill.

Music: I saw thirty six bands live, probably down on the previous year if I could be bothered to check, mostly because the local blues club closed. There were some belters (King King, Walter Trout, Devon Allman, Thorbjorn Risager, etc), but top spot has to go to one that I couldn't be arsed to tell you about at the time: Gretchen Peters. If I never again hear anything as good as her version of Tom Russell's 'Guadalupe' then I shall still die a happy man.

Film: I saw sixteen films at the cinema and I think the best of the new ones amongst those was 'Three Billboards Outside Ebbing, Missouri', which as it happens was the first that I saw. Best of all was '12 Angry Men', but perhaps it's not fair to judge the others by that. Best new one that I haven't mentioned previously was 'The Florida Project', although I must confess to also really enjoying the rather more lowbrow and shallow 'Bohemian Rhapsody'. Best previously unmentioned re-release was 'The Big Lebowski', apt both because I am sure that we are just about to enter a world of pain, and because the Dude is a Stoic par excellence.

Books: I don't actually know how many books I have read this year; shame on me, I shall start counting forthwith. The non-fiction book of the year had to be 'H.M.S. Electra', the story of the ship on which my uncle served and was lost during the Second World War; incidentally, for those who have played the first video above, Surabaya was the port from which the ship sailed on its final voyage. Best fiction book was - and I bet no one saw this coming - 'League of Spies', the fourth in Robert Merle's 'Fortunes of France' series. 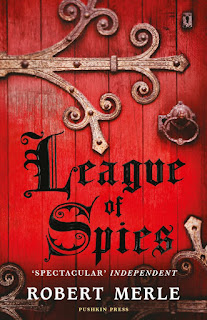 Lectures: A new category for this year. I am rather controversially going to plump for the one on 'Soviet Central Asian Mosaics', which was surprisingly good although admittedly much of the surprise came from the fact that I thought I was going to a talk on 'Australian Aboriginal Art'. Worst by far was that about policing in Otley in the 1950s, which was like a UKIP party political broadcast delivered in the style of Jackanory.


Event of the Year: There was a late entrant into the field for this when only yesterday I over-toasted my pumpkin seeds (not a euphemism) and set the oven on fire. However, and after due consideration, the jury has decided to disallow it on the basis that I rather like the much nuttier flavour; all I need to do now is to find a way to reproduce it without any danger of burning the house down. As an aside, you may not be surprised to hear that at no point did the smoke alarm indicate that anything was amiss.

But back to the year that was. I am tempted by the return of running water to the Casa Epictetus and the resultant improvement in hygiene; or the camel racing at the Otley Show, which lured even me away from the Young Farmers' Ladies Tug-of-War; 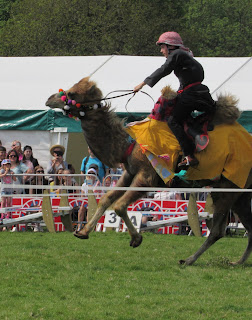 or the younger Miss Epictetus' return from her travels and graphic description of skydiving at dawn into the Namibian desert, complete with outraged complaint that they hadn't allowed her to do it in flip-flops; or the elder Miss Epictetus causing an unfortunate and relatively blameless lady to knock herself out on the door of the ladies toilet of the Fountaine Inn at Linton-on-Craven (although for obvious reasons I didn't actually witness that one it did sound very funny as she told me about it while we hurriedly made our escape towards Burnsall); or even the Reiki session I had with the estimable Coral Laroc in the brief period when we were back on good terms. However, for this year it has to be the conversation with what turned out to be the goddaughter of my old ATC commander, Squadron Leader Bill Boorer, leading to the fascinating revelation of the whole story behind his rescue after being shot down in the North Sea.

And that's your lot. As Eliot also wrote: "Next year's words await another voice"