The Arctic Summer of Edwin Drood

"In hell there is no other punishment than to begin over and over again the tasks left unfinished in your lifetime." - Andre Gide

It has come to my attention that I somehow contrived to publish the previous post without its concluding paragraph. Obviously I could go back and edit it, but, let's face it, anyone who is interested has already read it and anyway it would involve me in extra work. So, either supply your own witty and insightful conclusion or delight in my flouting of blogging conventions as you see fit.

I am actually quite keen to write about wargaming, it's just that there hasn't been any. I have however been to Recon, probably the nearest show to me. I ran into Bob, my fellow Holy League commander in the Ravenna game at Fiasco. This time he was playing in the Lance & Longbow's Battle of Lewes game and I experienced a certain amount of schadenfreude to find that he was doing as badly on his own as he did alongside me. He also revealed what happened to the missing dice, so that at least is one less thing for me to worry about. I mentioned a couple of years ago not being able to take a picture of Euan in his re-enactment gear, but was better prepared this year. Here he is with a couple of camp followers; I think his luck is in: 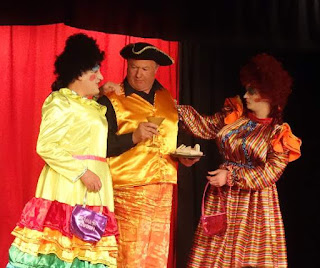 I have now been paid for my recent piece of work and so the show was a good opportunity for me to start spending, an opportunity that I passed up on. I have decided, pro tem at least, to finish off some existing projects before I start a new one. I realise that it's  not wargaming as generally understood. With that in mind I have been painting some more heavy weapons for the Great War. I don't know if I mentioned the way that 'Square Bashing' marks casualties before, but it's a bit odd, being done by the half base. "Why not just have twice as many bases, each of them half the size?" I hear you ask, and that seems a very fair question. I have approached the basing of infantry in the manner of the farmer with seventeen cows and three sons (one of whom he doesn't seem to like very much), but that still left machine guns and mortars. There are plenty in the pile - one of the advantages/disadvantages of plastic - so I've finished off a few. I've even scratch built a second 6" Newton mortar for the British. And the sum total of my spending at the show was a copy of the Osprey on the Whippet medium tank which was going cheap for some reason. 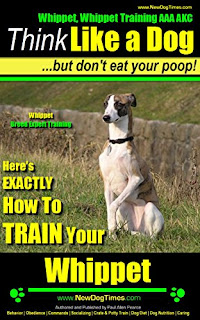 I have also broken with my recent habit and bought a wargaming magazine; indeed I bought two. I was tempted to go for the full set, but this month's Miniature Wargames has an elf on the cover and there are limits, dash it all. I bought Wargames Illustrated because it has an article on Sir Adrian Carton de Wiart, previously featured on this blog, and Wargames Soldiers and Strategy has a scenario for Maloyaroslavets, previously, er, featured on this blog. WI also has an article on Medieval Sieges, and it is possible that buying some laser-cut MDF castle walls is the way that the money ends up getting spent. I have quite a large collection of siege weapons, which have very rarely seen any action.
Posted by Epictetus at 14:14