And so to the theatre. Sometimes there is a serendipitous juxtaposition of plays that one sees and so it is that shortly after 'Godot' comes 'The Birthday Party'. Pinter was clearly influenced by his fellow Nobel Laureate despite somewhat more happening in this, his second play, than in Beckett's. Having said that, one is left slightly unclear exactly what it was that occurred, the audience ending up in the kind of mental fog that engulfs Meg Boles throughout. Pinter reputedly told one director that it was all about cricket and was also supposed to have told an actor who asked why his character behaved as he did to mind his own business. 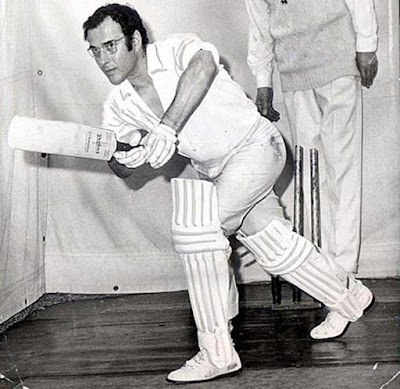 The director and actors involved here had made their own decisions and the piece was finely acted. Comedy - even 'comedy of menace' - isn't easy, and the play's descent from banality to absurdity makes it even more difficult, but their timing was excellent. One quibble might be that McCann is surely meant to be an Irish Catholic, whereas James Bell's accent was absolutely spot-on Ulster Protestant, to the extent that one wondered where the bowler hat was. Making things even more disconcerting for this member of the audience at least was that the actor playing the deck chair attendant chose to make the character spookily reminiscent of a wargaming art-shop proprietor of my acquaintance. 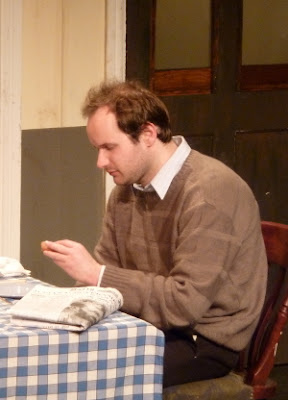 Anyway, to me the interesting thing about art isn't so much that it teaches you anything about how one should live life, but that every now and then there is a flash of insight into how one actually does conduct oneself day to day. For me - and I accept that this may not resonate with others quite as much - Pinter achieves just that here: "You're a big, bouncy woman." says Goldberg to Lulu upon meeting her "Come and sit on my lap.".
Posted by Epictetus at 13:53