In my sky at twilight you are like a cloud
and your form and colour are the way I love them.
You are mine, mine, woman with sweet lips
and in your life my infinite dreams live.


I have had cause to look back at some of this blog's posts from the past; God hasn't the quality declined? Someone who's quality hasn't in any way gone down is Jools Holland, who I have been to see for the fifth or sixth time. Admittedly there isn't anything surprising or novel about it, but what he does, he does well. Other than it being the first occasion that I've seen them since the death of Rico Rodriguez, it was exactly the same and none the worse for that. The guests this time were Pauline Black and Arthur 'Gaps' Hendrickson of The Selecter. 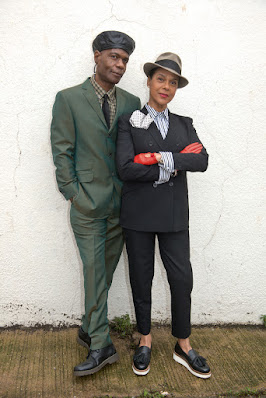 They both sported excellent hats; Hendrickson's in particular causing much envy on my part. If you had asked me before to name a song by their band I would have struggled, but I recognised and enjoyed them when they were being played. The duo also took vocal duties on Prince Buster's 'Enjoy Yourself', a song which always heavily featured Rodriguez. Ruby Turner was, inevitably, the star of the show. Holland seems to put up remarkably well with being upstaged at his own gigs.

Anyway, sadly another great has left us. It's as a songwriter that I think Leon Russell will be remembered. Here are a couple of covers of his songs:

And here he is singing a song by someone else, Nobel laureate Bob Dylan to be precise; and it's a song that has a very real resonance after the other events of this week: