Toys on the table

I have laid out the Through the Mud and the Blood scenario in the annexe. The IT Miniatures order has arrived so I think I'll paint up the remaining shock markers before running through it solo to try to get my head round the rules. While I'm waiting, here are some photos. 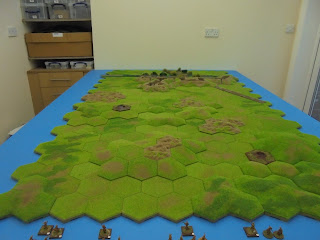 The German trench defending a crossroads is just visible at the other end of the table. 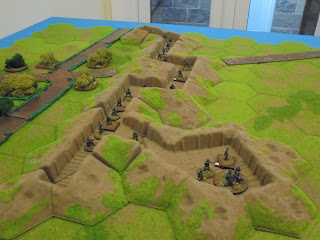 The German defenders await the attack. 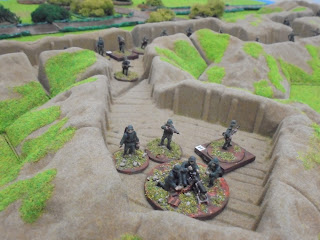 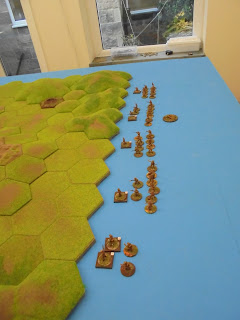 They might be waiting some time because the British aren't on the table yet. 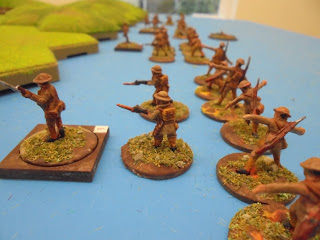 The British bombing section. The figures in the sabot bases are the 'Big Men'; the numbers in the white square denoting which one they are. The scenario book gives them names, but I absolutely do not intend to go down that route.
Posted by Epictetus at 11:09

Email ThisBlogThis!Share to TwitterShare to FacebookShare to Pinterest
Labels: Through the Mud and the Blood, wargaming annexe, WWI