And so to the theatre. In the film "What's New Pussycat", mostly remembered now for its theme song, Peter Sellers plays a psychoanalyst (inevitably Austrian thereby allowing him to do it in an 'amusing' accent) and Peter O'Toole a patient seeking a cure for compulsive womanising (a). Arriving at a strip club O'Toole is surprised to meet Sellers already in the place and asks him why he is there, resulting in the following exchange: 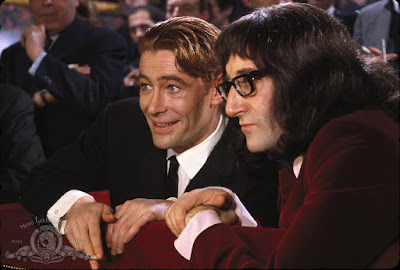