A thing of beauty is a joy forever

So opens Keat's poem 'Endymion'. I mention this not just because it is his 221st birthday today, but also because - in the joined up manner beloved of your bloggist - Endymion is a character in the latest opera that I have been to see: Cavalli's 'La Calisto'. This further slice of baroque brings together two mythological episodes: the 'seduction' of Calisto by Jupiter and the liaison between Diana and Endymion. 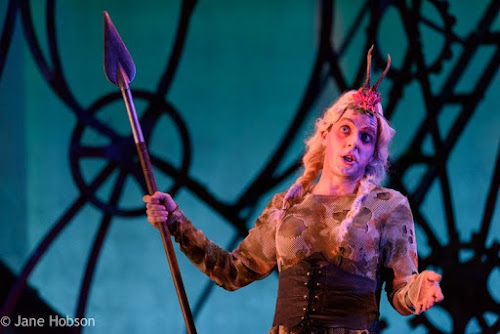 English Touring Opera play it for laughs in the first two acts with, for example, yet another man playing a part written for a woman sharing scenes with a woman playing a part written for a woman playing a goat-boy, followed on stage by a man dressed as a woman miming to the voice of a mezzo atop an upstage ladder. The setting was Victorian steampunk meets Peter Jackson style elves which gelled surprisingly well with both the seventeenth century music and the humour. Endymion as Professor Branestawm (or possibly Doc Brown) was especially effective and Mercurio gave good quiff. 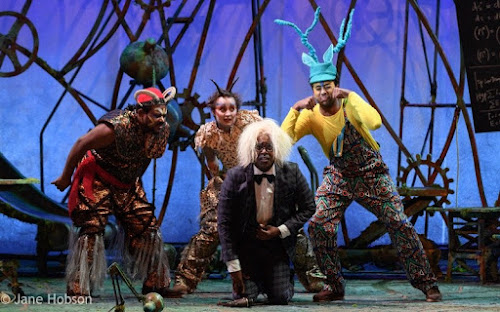 In the third act they focussed more on the drama. Faustini, the librettist was obviously giving the Venetian public what they wanted and expected rather than going for anything deep and meaningful; he plays rather fast and loose with Ovid, Aeschylus and whoever else his sources were. However, there is something poignant about the mutual love of the moon and an astronomer, the two being inevitably and permanently separated by the natural order of things. Jupiter and Juno however clearly deserve each other. And if I was the title character I'd think I'd have preferred to stay as a bear - which was very effectively, if briefly, realised - than be raised to the heavens as a star, but perhaps that's just me.
Posted by Epictetus at 16:18