When playing C&C Napoleonics I use markers to indicate what type a unit is as well as how many 'blocks' of strength the unit has remaining. Some troop types are easy enough to tell apart, but others - for example the difference between Prussian line infantry, light infantry and grenadiers - isn't, plus of course there is the odd substitution going on. Despite having a disproportionate amount of cavalry - prettier uniforms being the main driver for that - I have hardly any Prussian non-lancer light cavalry. Unit types are indicated on the board. They vary from game to game depending on which units are involved, but a few are constant: A are line infantry, B are light infantry etc. 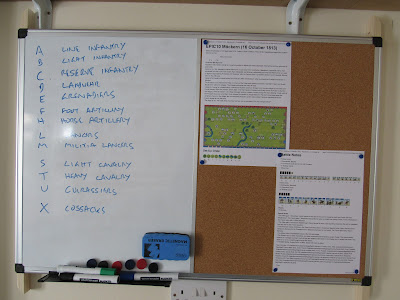 I didn't make the markers specifically for C&C. The numbers actually came first and were intended to record 'stand' losses in games of Piquet, although I haven't actually played any yet. The numbers and letters are craft supplies; I think I bought the originals from a garden centre, but bought further copies online: 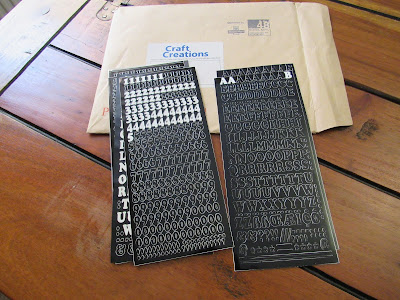 They are then mounted onto polyfilla covered pennies in a precise operation reminiscent of brain surgery: 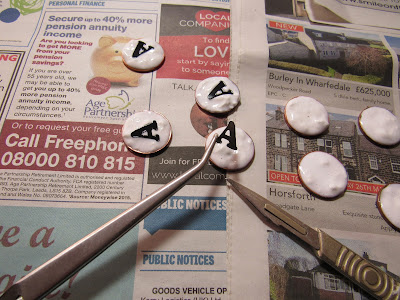 And then a border is painted on, they're varnished and finally covered in a couple of layers of PVA glue for protection: 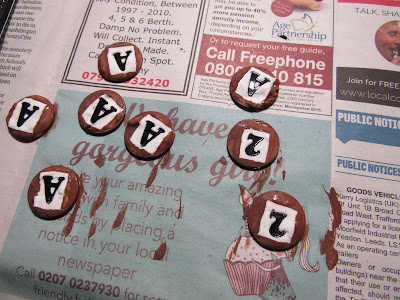 I use two slot bases from Warbases to hold a letter and a number for each unit.
Posted by Epictetus at 18:11