Absolutely no on has asked me how I intend to vote in the Labour leadership election. I admire your restraint. However, it has done you no good because I am going to tell you anyway. I voted for Jeremy Corbyn of course. 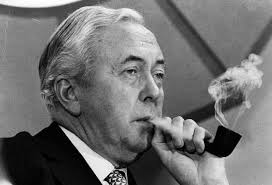 The one aspect of this whole process that has worried me more than any other - and believe me there has been much to make me unhappy - is the Lilliputian nature of those standing. When I first became interested and active in politics, the Labour Party was led by heavyweights such as Harold Wilson, Dennis Healey, Roy Jenkins, Barbara Castle and many others. In 1997 as well as Blair and Brown there was the fierce intellect of Robin Cook plus others of gravitas such as Jack Straw, Mo Mowlam, Donald Dewar etc. Today, just to pick out two of the many pygmies involved, we have Chris Leslie posturing over his refusal to serve under the democratically elected leader of the party and Caroline Flint astonishingly having the gall (and lack of self awareness) to put herself forward to be its deputy leader. I choose to highlight those two in particular because I've had extensive personal dealings with both. Leslie is both patronising and arrogant, without either fault being excused by his experience or abilities, while Flint is, let's be blunt, a cretin. It's all very sad. And things appear to be no better in the other parties, except perhaps for the SNP. 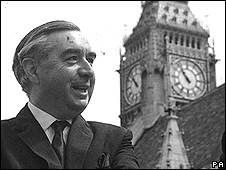 I shall finish with a story showing that back in the day even the lightweights had more substance. It concerns George Brown, now largely forgotten, but in the 1960s the Deputy Leader of the Labour Party, Foreign Secretary and a drinker of heroic proportions. On a tour of South America he is supposed to have attended a British Embassy reception where his eye was caught by a figure in a red gown, whom he promptly asked to dance. "No sir," came the reply "I shall not dance with you. Firstly, you are very drunk; secondly, the music the orchestra is playing is the Peruvian national anthem; and thirdly, I am the Cardinal Archbishop of Lima".
Posted by Epictetus at 10:10