Of Mice and Men

I have been walking again, this time in Langstrothdale, where the Wharfe rises. 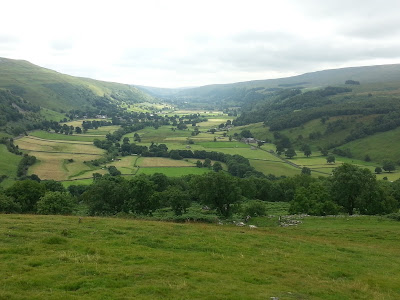 Mention must be made of the church of St Michael and All Angels at Hubberholme, pretty much at the point where Langstrothdale meets Wharfedale. Whilst the building is 12th century the pews were made by Robert 'Mouseman' Thompson and bear his distinctive motif. I'm afraid the photo is culled from the interweb rather than being taken by me. You all by now know the story of my camera and the Young Farmers Ladies Tug-of-War contest, so I won't repeat it (although I may just take a break for a moment's quiet personal reflection). Anyway, I think was the first time I'd seen such mice in the flesh as it were and they were fascinating. 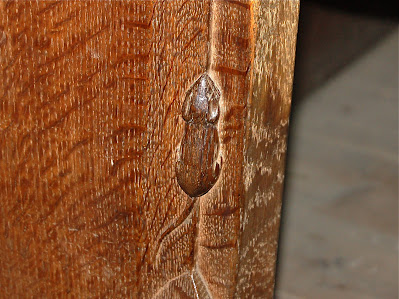 The other noteworthy fact about the church fits into my recent theme of heavyweights of the past. It is the resting place of the ashes of John Boynton Priestley. One can't say that he is forgotten - in the past few years years I've seen productions of both 'An Inspector Calls' and 'When We Are Married'  and one of my daughters studied the former for her GCSE - although his novels don't seem to be read much any more. That's a shame, because 'The Good Companions' is a lovely, charming book and the plot of 'Angel Pavement' depends on a very accurately described accounting twist; possibly a minority interest that last point. 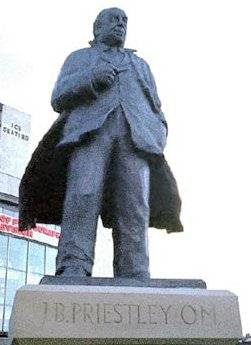 But as well as his literary output, and not overlooking the serious injury he received during the Great War, he held a place as a sort of public intellectual, making morale boosting broadcasts during the second war (credited by many with setting the scene for the post-war introduction of the welfare state) and campaigning against nuclear weapons. During my period as an undergraduate in the 1970s he was regarded as the greatest living Bradfordian in the same way that Alan Bennett might currently be regarded as the greatest living Leodensian. I can however proudly state that, while a student, I never once set foot in the J.B. Priestley library on campus.
Posted by Epictetus at 11:29